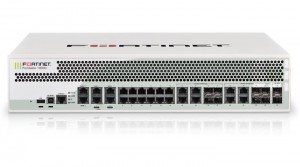 We are honored to have our FortiGate-5140B and FortiGate-1000C recognized by Network Products Guide judges in the categories of firewall and integrated security,” said Patrick Bedwell, vice president of product marketing for Fortinet. “We strive to provide our customers with solutions that exceed their expectations. The technology behind these two products offers enterprises, telcos and managed security service providers unmatched performance and broad network protection that is stable, reliable and easy to manage.”

This is the fourth industry award Fortinet and its FortiGate products have won this year. In February, the company’s FortiGate-60C won the “Best UTM Security” award at SC Magazine’s Reader’s Trust awards held in conjunction with the annual RSA conference in San Francisco. In May, the company’s FortiGate-300C won “Best Integrated Security Solution” at SC Awards Europe 2012 that took place in London and won “Information Security Company of the Year” at SC Congress Canada 2012 that took place in Toronto.