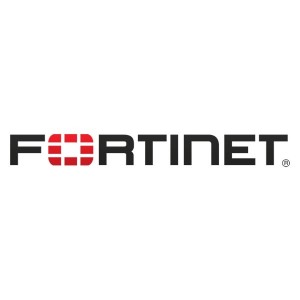 For the list of outstanding zero-day vulnerabilities visit: http://www.fortiguard.com/advisory/UpcomingAdvisories.html.

FortiGuard Labs has been quietly doing great threat research work behind the scenes for Fortinet for more than a decade. It’s time to acknowledge the more than 200 unsung heroes who toil behind the scenes around the world. FortiGuard Labs is the collaborative team that uncovers new threats, liaises with enforcement and emergency response and discovers evasion techniques while developing cutting edge mitigation technology. We have a tactical security research team tasked with breaking the applications most of us take for granted on a daily basis, who then forward their findings to vendors so they can update their software to better protect their customers. Every hole they find is one less vulnerability for the hackers to exploit. In the end, affected products are hardened and clients are protected before and after holes are closed.

A zero-day vulnerability is a previously unknown threat that does not yet have a patch or update available from the vendor to close a security hole, thus leaving it open to attack. Once a zero-day vulnerability is identified, FortiGuard Labs analyzes and verifies it before vendors are notified. Upon verification, FortiGuard Labs develops an advanced zero-day IPS signature(s) that is pushed out to Fortinet customers well in advance of a vendor’s patch release, which helps protect against the open security hole(s). These signatures are unique to Fortinet and play an important role in the fight against advanced persistent threats (APTs).

Zero-day vulnerabilities can be developed into dangerous weapons by cyber criminals or nation states and can be used to effectively subvert targeted systems. Our mission is to take the fuel out of their fire, protecting targets before they are under attack. Zero-day protection is a tough task, and our approach offers unique and effective protection against APTs.

As malware numbers have increased exponentially in recent years, network security vendors have had to find alternate methods for malware detection and mitigation. Fortinet, for example, incorporates several new protective features and functionalities into its FortiOS operating system. FortiOS 5 includes more than 150 new security features that help protect against today’s Advanced Persistent Threats (APTs) and Advanced Targeted Attacks (ATAs). These enhancements include advanced malware detection, exploit discovery and protection, cloud-based reputation systems and a multi-vector policy engine, which offers the ability to apply policy based on the user and device identity; an important attribute for distributed, virtual and cloud networks.

In addition to analyzing the threat landscape, FortiGuard Labs researchers write and present papers at global security conferences, including EICAR, Blackhat, Virus Bulletin, Insomni'Hack and Hashdays. Published papers and presentations from these shows can be downloaded from here: http://www.fortiguard.com/resources/ResearchPapers.html